You are here:
Bourne Awesome 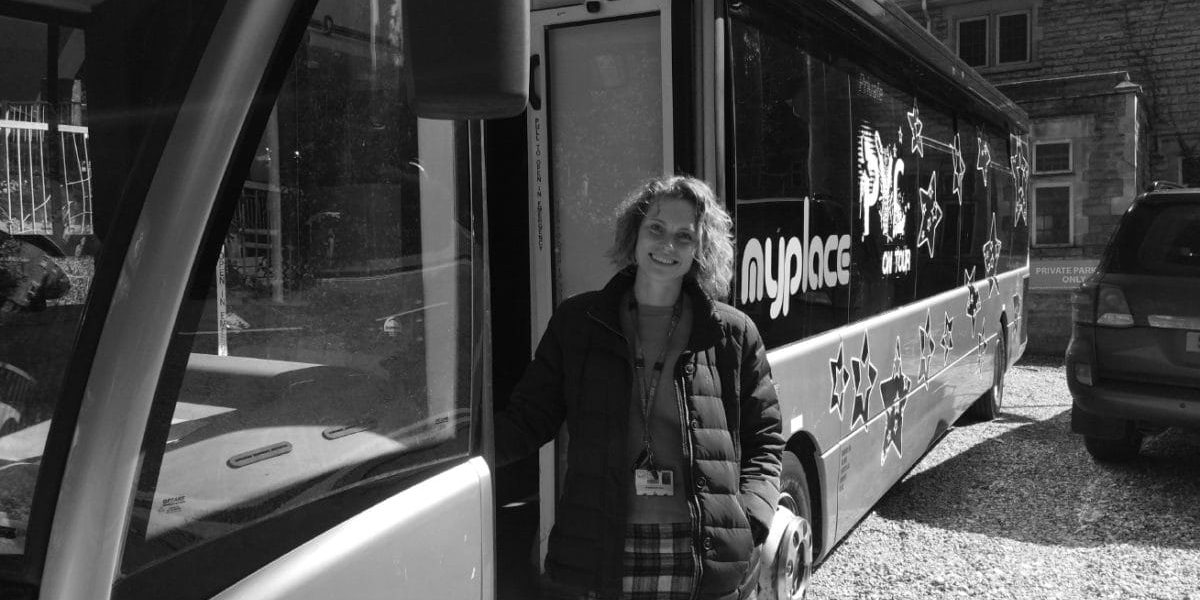 ‘The biggest issue facing the homeless is a lack of food.’

It’s a common misconception – after all, when was the last time you read a news story about a rough sleeper dying of starvation?

Rough sleepers struggling with health issues though? Much more common.

In fact, an estimated 41% of people sleeping rough have long term physical health issues like:

Of course, a lack of good quality nutrition is undoubtedly fuelling some of those physical health problems, but a lack of food is certainly not the overriding issue facing the homeless.

A lack of access to appropriate healthcare – that’s the real problem and it’s a problem we’re helping to change at Bourne Space through our skunk works arm Bourne Awesome.

Homelessness in Bournemouth – and what we’re doing to help

We’re an active partner of the Bournemouth Health Bus, which provides accessible, mobile healthcare for rough sleepers in Bournemouth and the surrounding areas.

The Health Bus was launched in 2016 by GP Dr Maggie Kirk (pictured) and we’ve been working with Maggie and the team for several years – moving towards the ultimate aim of providing even more accessible healthcare for the homeless.

We’re now at that stage.

“About three years ago, I made a decision that Bourne was going to make a very significant contribution to the local community,” says Group CEO Richard Davies.

“The obvious thing, for me, was for us to get involved in homelessness, as it’s been a major problem in Bournemouth for many, many years.

“If we cut ourselves at home, we clean the wound and apply a plaster or a bandage and, in most cases, it heels.

“If the same thing happens to someone on the streets, they’re far more likely to end up with a serious infection that requires them to go to hospital and costs the NHS serious money.

“The Health Bus guys were trying to deal with this and doing a wonderful job at solving an acute problem but are desperate to do more.

Richard had been approached by the Rev. Ian Terry, whose trustees were struggling to stay on top of the increasing maintenance needs of their church hall in St Stephen’s Road.

It was a match made in heaven and very much at the right time.

“What I wanted to do was clean and cover those cuts, but also offer much more – things like addiction support and dentistry and especially mental health support,” says Richard.

“Of course, all these services are available, but they’re spread across the conurbation and what we needed to do was bring them under one roof so rough sleepers can access them easily and without fear.

“Fast forward two years and we now have a BCP Council Leader in Drew Mellor and a Lead Member for Homelessness in Hazel Allen who are dedicated to helping the town’s rough sleepers.

“We basically got BCP to buy the St Stephen’s church hall and now it’s owned by the local authority, so it can be used for all of these different health services for the homeless.”

Work on the new Health Hub is set to start this year, with Bourne’s team working on an operating and design model for the new venture.

“The hall is going to offer lots of different services and health professionals under one roof, but not only that, but rough sleepers will also be able to see people from the housing department, drug and alcohol services and mental health departments,” says Kate Hibbitt, Operations Director of the Health Bus.

“On a more practical level, they’ll be able to have a shower, wash their clothes, have something to eat.

“The plan is to open five days a week to start with, but the long-term goal is to be open seven days a week.

“Richard and Bourne have been working with BCP and Hazel Allen and they’re the ones who will be bringing it to life in terms of how it looks.”

“In many ways, what we’re doing with this site is the same as what we’ve done with Bourne Space,” adds Richard.

“There, we’ve taken poor hotels that are no good to anyone and turned them into vibrant community spaces.

“With this one, we’re taking a building that has no future in its current state and turning it into something for social good.”

Get the latest news, event updates and offers from Bourne Space direct to your inbox when you sign up for our monthly newsletter…
Go to Top

You can find out more about which cookies we are using or switch them off in settings.

This website uses cookies so that we can provide you with the best user experience possible. Cookie information is stored in your browser and performs functions such as recognising you when you return to our website and helping our team to understand which sections of the website you find most interesting and useful.

Strictly Necessary Cookie should be enabled at all times so that we can save your preferences for cookie settings.

If you disable this cookie, we will not be able to save your preferences. This means that every time you visit this website you will need to enable or disable cookies again.